A town with our name & the Rainbow's End 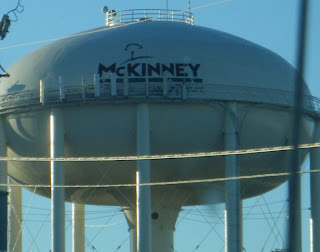 Once we had decided to, we realized that our handy Harvest Hosts membership pointed us to Wales Manor  www.walesmanor.com., a lovely winery & vineyard where we met and were given a tour by owner John "Josey" Wales. 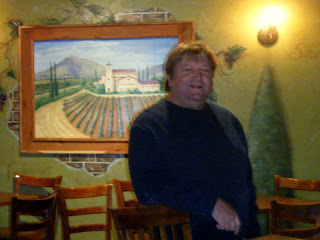 Update:
Since our visit we have learned that the outdoor performance area Josey was working on has been completed, and he's bringing in lots of great performers (mostly bands), making Wales Manor a great stopping place for RVers.  (The road to Wales Manor is a little tight and gravelly, so proceed with care, as we know you always do.)

Now it was time to work our way south with day gigs, which took us over to Arkansas and down through Louisiana,  then west again to our "home" at Rainbow's End,  the Escapees headquarter park in Livingston, Texas.

We had a lot of fun putting on an impromptu concert for the folks there.  They're like family to us.  (But, then, who isn't?)

After a week or so at Rainbow's End, we were off to Houston, where we performed day gigs for a few weeks before our stop in Corpus Christi.


Fall would not be the same without the Kendallville Apple Festival in Indiana, the heart of the heartland.  Whitt claims the best part of his boyhood was spent outside Terre Haute, so he’s part Hoosier anyway. This year for Kendallville he set to music a James Whitcomb Riley poem, The Raggedy Man.  Go to www.kendallvilleapplefestival.org  and check out this growing event. 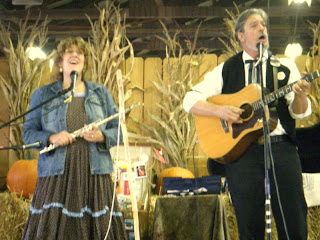 Here we are, all dolled up for the event, performing on one of several stages around the fairgrounds.

This is a view of the same stage as our friends (and accomplished artists) Jim & Suzanne click here performed.

We also played the "Prairie Stage." a larger stage with bleacher seating.  It was kind of hectic there, so we didn't get any shots of that.
at 3:36 PM 0 Comments!

Once in a while we get to perform at a community event.  Of course, the more rural the community, the more wholesome and genuine the fun seems to be.

Our list of favorite memories of such events will always include "Kewanna Fest," as a little Hoosier town eponymously calls it. 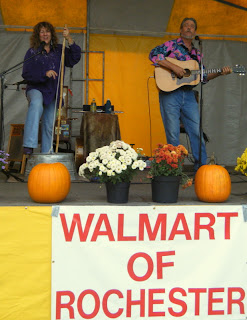