Please note: Videos are on the Welcome and Gigs pages.

Yes, the Austin Lone Star RV Resort is literally at the Austin City Limits, and we performed there Friday night!

Faithful to our policy of showing you our audience, even if it hurts, here they are:

(We think the gentleman at the faaaar right may have been exercising the "witness protection option" we usually offer.)  Here's the rest of the "crowd."

That's right.  Fourteen, counting Managers Sharon & Chuck, on the right in the photo just above, and, of course, witness protection guy.  But we had a lovely week at Austin Lone Star (a Carefree Resort) and, as usual, met some great folks.

Judy needed the week to relax after all the excitement meeting more celebrities in Boerne, Texas. 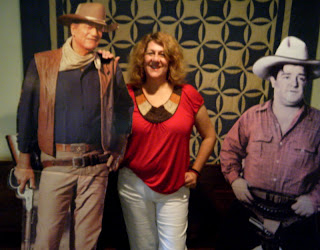 John looked pretty good, for being late and all, but Lou seemed a little pale.  (Whitt actually met Lou Costello in the flesh in a friend's kitchen in Tucson when Whitt was in the 6th grade.  The famous comic was in the rodeo parade that week.)

Now we're off to visit old friends, north of Houston and south of Dallas, and then, we'll be performing in Branson!
No, really.  Stay tuned, and you'll see.

Please note: Videos are on the Welcome and the Gigs pages.

Well, we made our little trip to Old Mejixo using our receipts from the Post Office as proof we had "applied" for our right to cross our own border, which was evidently verified by computer upon our return.

We have been "rejected," meanwhile, because something, different in each of our cases, was "wrong" with our birth certificates.  Seems there's no uniform system state-to-state that meets all the U.S. State Department's requirements.  More fees and info from states is required.

One item is Judy's driver's license with our current address.  She couldn't get one from Texas because they require your original social security card (you remember, that card that says "not to be used for purposes of identification?), which she doesn't have.  Now the State Department has her original (remember they take your original only) birth certificate, wanting to see a license she can't get because ...well, you get the idea. 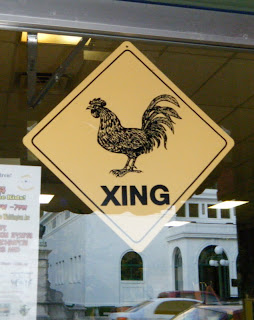 So...Do we wait 90 days for the application to expire and forget about the passcard in the hope that.at least, we'll get our birth certificates back?   By that time, we'll be out of Texas, and tougher to get a license still

Thank you, kind Father, that we do not get all the government we pay for.
at 8:54 PM 1 Comments!

Winding down in the RGV

See videos on our "Welcome" and "Music" pages!

We booked this season in the Rio Grande Vally without a lot of info, so some dates were scheduled for after a lot of "Winter Texans" had left.  So, by the time we got to Palmdale Park in San Benito, the place was not exactly packed. 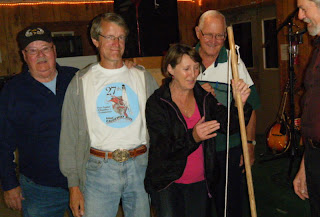 By the time they were all seated, it was a little better, and what was lacking in numbers was made up for by enthusiasm.

Of course, the usual group of adventurous souls came forward to experience the tub.  (Not the one seen at the far right.)

Have we mentioned our new invention, "The i-Tub"?
Don't worry...we will.


Paradise South, in Mercedes, was out next show, and this stalwart group of handsome folks with remarkable taste welcomed us. 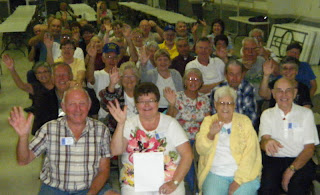 Once again, a fan mobbed the star of the show, and Whitt helped. 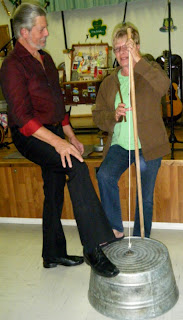 One more gig down here in the tippy-tip of Tejas, and then it's back on the road.

Among the hundreds of folks trying to make a living in the Rio Grande Valley by entertaining is a really sweet couple who are billed as "Gomer & Patsy."  You can probably guess that he does an impression of Gomer Pyle and she sings Patsy Cline songs; but there's much more to it than that.

We met at the "showcase" (a truly hilarious misnomer) last year, and have now become good friends.

Gary Crain is the real name behind a number of characters who manifest onstage in monologues and multiple-personality conversations--Gomer, Pat Buttram, John Wayne, Don Knotts, Walter Brennan, Jimmy Stewart,  Foster Brooks, and, of course, Elvis--all put together around lots of good clean comedy.

Gary also sings (to tracks--but we forgive him), alternating throughout the show with songs from his truly sweet and lovely wife, Patricia (aka "Patsy"), who is now branching out into the material of other great singing femmes like Connie Francis.

They're very popular around the RGV, so we were flattered when Gary invited us to participate in a Cowboy Show they were getting ready to do at Tropic Star RV Resort in Pharr (not that pharr, really).  They needed someone to fill some time while they changed costumes for the different parts of their show, and, since we're putting together our own cowboy show, it was an opportunity for us to try out some of our stuff (at someone else's risk)!

In spite of some rough spots (as will happen the first time a show is performed), the audience was great, and we had a ball.

As usual, we begin our coverage of the event with a photo of the audience.  Not, however, the usual photo...

Recognize anyone?  (Well, the old guy standing at the front looks familiar.)  Just a precursor to the overall unusualness (?) of the evening.

"Patsy" started the show off in a darling Calamity Jane outfit she made, which, of course, we don't have a shot of, singing a number from Annie Get Your Gun.  John Wayne dominated the program, interacting with Buttram and Brennan, and at one point reciting his famous "Why I love America" monologue.

One of their more popular sketches is an encounter between Patsy and Foster Brooks. 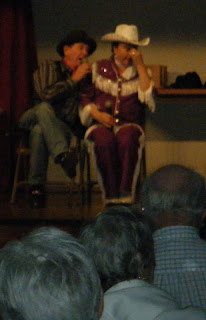 She's not having any.

Is that a cute outfit, or what?
(Patsy looks good, too.)

Then it was time for the fill-in act--us.

At this point, Judy revealed that she, in fact, had a cowgirl hat. 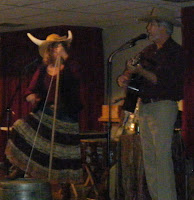 We happen to have a lot of photos of Judy with her fist in her face, taken by kind folks who don't seem to notice that her lovely physiognomy is obstructed.  But, how about that hat! 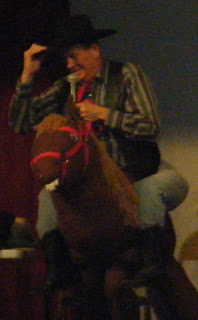 Now, the moment has arrived we've been covering for:  the arrival of Gary on horseback...

Anyone recommend a good equine orthodontist?

Not easy to hold the reins and a microphone!  The horse was so skittish, he was prancing and sidestepping all over the stage.  Well, it was his first performance, and it was more than cute.  And that horse left more than hoofprints on that stage!  (Theatrical magic!)

We must not have done that badly at our part, because we were invited onstage for the finale, a brief rendition of the classic "Happy Trails," written by Dale Evans. 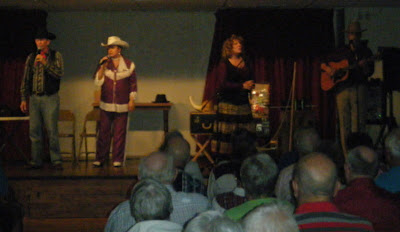 How 'bout all those shiny domes!  If they had all leaned forward, Whitt might have had better lighting!

Watch for our new Cowboy Show (sorry, no horse), making its debut this coming season, and if you ever get an opportunity to see Gomer & Patsy, do it.  And tell 'em Whitt & Judy say "Hey"!

Well, here we are, wondering where to begin…or re-begin.  To improve aspects of access, we’ve moved our site; and now we’re going to try to use this amazing internet tool to share our little adventure and interact more with all the new friends we're making as we travel. 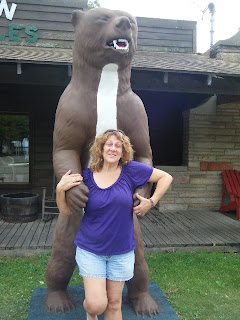 (Some of us are making more friends than others...Watch that paw, buddy!)


For years we relied on (and under-utilized) our site designed by young genius Josh Way, receiving many compliments on the site’s design.  We want to point out, and thank him profusely for, his generosity .  He did the whole thing for us just to help us get started.

As it inevitably will, online tech passed us by, rendering aspects of our site unworkable.  Between his real job as webmaster for a university, and the burgeoning success of his own projects, Josh simply could not afford the time to redo our site.  We understood completely, and are still very grateful to him for getting us started in such style.

Soooooo, we’ve moved and retooled with the help of another “web-ista, ” Donna McNicol, who was kind and patient and eased us into our new setup.  Donna is a full-time traveler too.  We may have finally exhausted her interest in webmastery; she is now focusing her attention on her writing!
http://donnamcnicol.com.

We hope the change suits and works well for you, our guest, and we'll try to keep it all up to date, interesting, and (very important in our line of work) fun!
Due to dichnical tefficulties inherent in this format, we had to give up our playable washtub bass gimmick (a very popular feature thought up by Josh) for the time being, but we think we'll be able to get it working again, once things are less hectic.