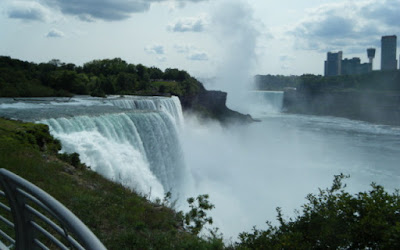 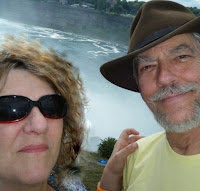 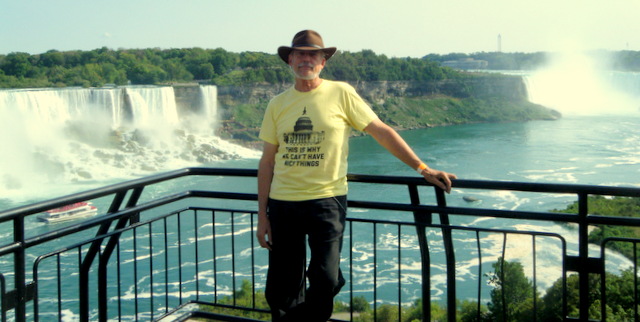 Because we're so 21st century hi-tech, we like to demonstrate how mobile and spontaneous we are by posting regular, timely updates...every few months.  Sheesh.

We are making some progress; but, retooling for the road, getting our chops back up for both performing and traveling, and still trying to dispose of the last of our stuff we can't keep has taken a lot of time and energy.

We have upgraded in key areas and now have a better computer, phone, and power source. That should enable us to at least stay in touch better. 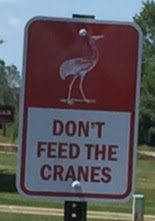 We don't know why crane feeding became a problem, but, no cranes were in evidence.
Guess it you're not gonna feed 'em...

Michigan, like so many other places, has been uncharacteristically hot this summer.  We have half a dozen fans to cool us, and a new mosquito screen for the nights we're somewhere we feel okay about sleeping with the back doors open.  (Sometimes, it's just 'til we go to sleep, at which time we can pull in the screen from inside and close the doors without getting out of bed.)

What took us by surprise was the warmth of our friends.

Knowing it will be some time, probably, before we're back in Michigan, we tried to schedule a couple of visits when we knew we'd be in certain parts of the state.

We met Mark and Alice Ray several years ago when Alice booked us to perform at Mecosta's "Music On The River" event.  Mark has a radio show and has been a broadcaster for years, as well as working for many years as a musician and performer; so, we had lots in common.  Alice does all Mark's booking, so she and Judy had war stories to swap while Whitt and Mark shared and compared their knowledge of music trivia.
We have enjoyed their hospitality and fellowship immensely over the years, and have met and made new friends, sharing music around their kitchen table.  Mark Bauman, Mary (Polly) Lehnert, and Dave Leonard have all become musical family to us there.

In Traverse City, a longtime friend we met in Alpena, Joni, came to see one of our retirement facility shows, and then took us to her new place, where we enjoyed the pool and hot tub and then were fed. Yes, life on the road is tough.

Another friend we wanted to see before we left the state offered to meet us in Gaylord, to help save us time and fuel.  He treated us to a restaurant dinner, and, as we talked, a call came in from some of our very best friends from Mt. Misbegot, fiddler, guitarist, singer, and event producer, Jeff Felmlee and his friend Linda Tallieu.  They had seen we were going to play in Traverse City and called to find out the exact time.  The receptionist told them "7 pm."  Not so, unfortunately.  It was at 2:00 in the afternoon.  They drove all the way there, five hours late, to surprise us.  They called to tell us what had just happened, and, when they found out we were in Gaylord, came to meet us there and we had a wonderful reunion.

We felt like we were being lovingly and gently eased back into a lifestyle that has definitely enriched us.  Financially, it's always been tight, to say the least; but music and laughter have brought us some treasured, enduring friendships.  We think that's what they're for.

As always, we enjoyed finding new ways we could be mis-named.

These were wonderful folks.  We tried to not disappoint them by only being a duo.  (Each of us worked 50% harder.) 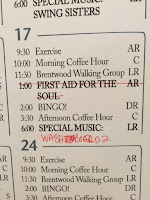 Of course we were sad that First Aid for the Soul had been cancelled; but, at least someone thought our music was special--special enough to write in red!

Here, again, it was the washboard that captured the imagination.


We are trying not to let all this recognition affect our attitude, and will strive to avoid the pitfalls all this dizzying fame engenders.

Off now to a gig in Frankenmuth.

Ever wonder what Whitt & Judy, The Washtub Two are up to? 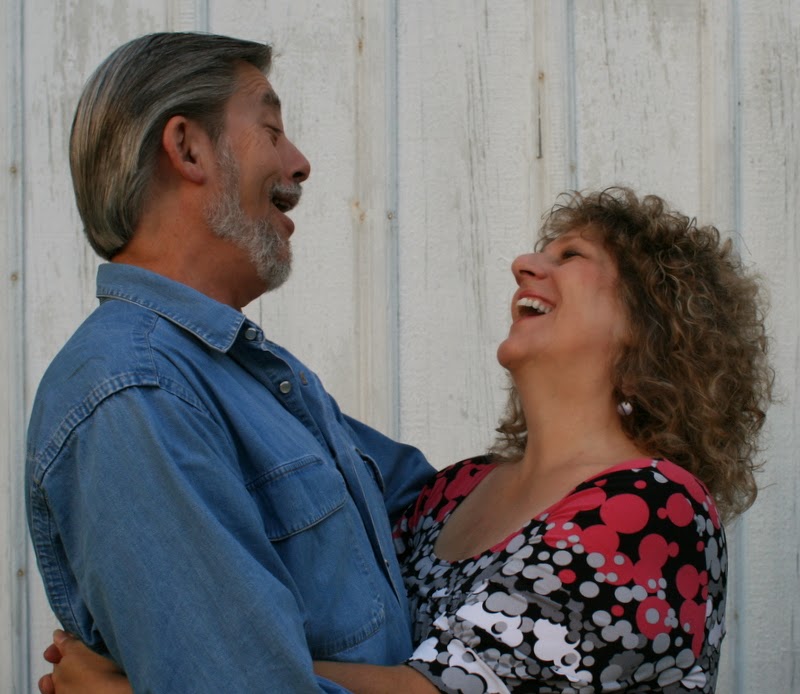 After five years touring full time, we (Judy) took a school-year gig the past three winters, performing only in the spring and summer, so we (Whitt) could try to nudge and cajole our online presence into the 21st century.

Chasing gigs around the countryside while the profits exit via the tailpipe is getting tough, and not just because we're aging (which one of us is definitely not).

Alex Hassiliev (of the Limeliters) once told us "In this business, you have to learn to eat the tail."
He meant be frugal, do as much yourself as you can, and don't think you can rest in your dressing room between shows--get out there and work that merchandise table!

Best we can do in all those departments, though, just ain't been enough.

Venues, for the most part, have become just places of business who think a "live entertainment" sign might draw a few more customers.  It's presented as an afterthought--poorly staged and lit, in utter anonymity save for publicity executed and paid for by the act.  Many venues now ask performers seeking a gig how many fans they have in the area they can draw!

"Sure, you can play here if you bring your own audience, do your own advertising and sound, and will take $50 for an evening of three (or four!) shows!"
Oh, thank you!

We need to benefit from the tremendous niche marketing potential of the web so more event planners (who see the entertainment as the main attraction) will know we exist.

This turned out to be a rather steep learning curve; but, we have a handle on it at last, and the faithful handful of you who've been following our saga will notice some changes.

Don't worry, your experience on our little site should improve noticeably in the next couple months.

We're going to try to build what is known as a "fan base," and you can help!
(More about that as we go along.)

Getting up to our performance standard is a matter of ramping up from "practice" to "rehearsal" and learning this season's new material.
Fingers will hurt for a while, but it all comes back pretty quickly,

Getting ready to travel, however, is different.
We moved from the van into an apartment and added household stuff from storage, finding a place for everything.  Now, we have to determine what needs to be reinstalled to the van.

Hours and hours dragging things out, back and forth, countless minuscule (but important) discussions and decisions--all in hope of avoiding that "Oh, no" moment out on the road when you realize you forgot something that is going to affect your daily lifestyle until you replace it, if you even can.
A life this compact involves some very customized applications for "just right" items it took a lot of searching to find.  They fit and work just right, so
the trivial becomes large, like a grain of sand inside your sock.


Judy spends hours planning where we're going to stay on the way to the gig, directions, schedules, where we want to be on days off, times we definitely don't want to be on the road, hours not to hit major cities, bypasses and beltways--all the minutia comprising an itinerary for true itinerants.


Anyone who has seen us perform can imagine what goes into the maintenance, organization, and transportation of instruments, props, and equipment.
The other traveling pros we know all deal with these issues as part of the creative process beneath the surface--the big, tough part of the iceberg.
It's the off-it-for-months aspect that throws us off a bit.
But, we're doin' it again and, there's no going back.
The stable life behind us once more, we gallop toward the freedom of the wide open spaces where we can forage for fodder and a place winter will not be.

Ideas?  Leads?  A place we can park and plug in?  Please let us know!