Our "home town" in the RGV

We could actually call the roll here, 'cause this was our audience for a little show we did for the folks in our home RV Park waaaay down here in the tip 'o Tejas.  We stayed here last year as well (the winter of our not-so-content) and these folks (and some not here this time) became very special to us.

From the photos, you might think "You mean special as in olympics?
No.

We are blessed to occupy a spot right outside the clubhouse--convenient to shower and amenities, but on the path to the front door.  We attend more activities than we usually would simply because they take place in our foyer.  Good for the fellowship, bad for the waistline!

Last half of January and we're still in this vast tin can archipelago that is the Rio Grande Valley.  And, we mean valley!  Everything here is named Something Valley.  This time, it's Carefree Valley, and another smallish but appreciative audience...

(Not only are they small, they're a little grainy, 'cause the lights were turned off just as Judy shot the photo.)

As always, we try to remember to photograph our audiences since, from our point of view, they're the most important part of the show!

After the show, we had a number of  guys who wanted to have a go at the washtub.
This is turning into a pretty popular feature of our performances. 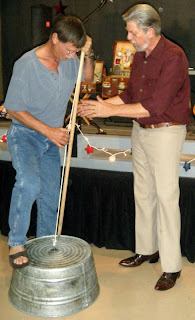 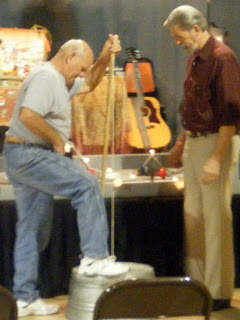 More fun in the RGV

A small but enthusiastic crowd gave us a nice reception at Green Acres in Donna. 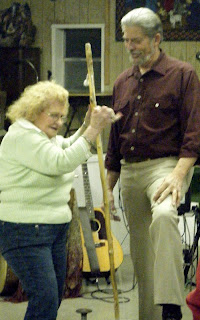 Mae, who is the Activity Director there, was the first to volunteer for Whitt's post-show washtub bass demonstration.  Too bad a still photo can't do justice to her hip action!


Then, it was on to Rio Valley Estates in Weslaco, where Brock Laing, their Activity Director really gave us the royal treatment.  He's a performer himself, and a musician (well, if you count the bodhran as a musical instrument...and who doesn't?!) and he did a great job as emcee, took our photos for us, and made us feel really welcome...an actual stage with a light crew and a curtain that opened as we were introduced, just like show business!  We're still a little giddy. 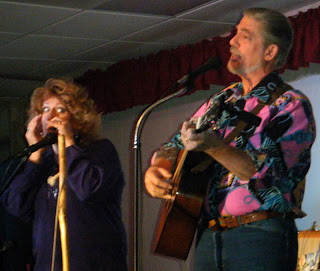 The audience was one of the best singing groups we've ever had!

Brock took this shot of Judy jawharping as Whitt rendered "Side By Side."  (Brock, Brock, Brock!  Shoulda done "Ghost Chickens"!)
Thanks again, new friend!  We had a great time, and we're pretty sure the folks did, too. 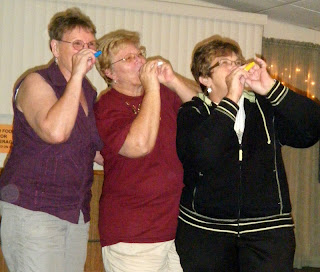 These lovely, wonderful sports joined us onstage at the Restful Valley RV park in Mission, Texas for a new number we've really been having great fun performing. Equipped with (complimentary) Hohner kazoos, they did yeoman's (yeowomen's?) service as the horn section on our rendition of June Carter's classic, "Ring Of Fire."

Well, they deserved better, and as soon as we come up with it, we'll have a more flattering appellation for our guest artists.

(Perhaps "The Appalachian Appellations"?)  Anyway, they did a great job and really enhanced the performance!

These lovely folks came to our show in Dream Valley, also in Mission, and turned out to be great at singing along ... 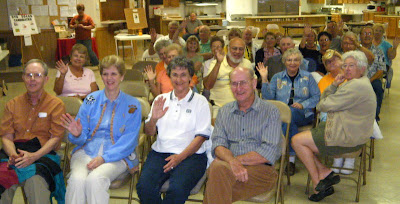 We try to remember to photograph our audiences since, from our point of view, they're the most important part of the show!
at 12:13 AM 0 Comments!