Well, the folks at Geyer Springs Baptist were just as much fun as the last time, and the lunch even better!  (...Better than the last lunch, not better than the folks, just to be clear.)

Had a great visit with our daughter, Jordan, in Nashville.  We don't do much sightseeing there--seldom worth the traffic--so we figured we needed at least a shot of a sign that actually said "Nashville." 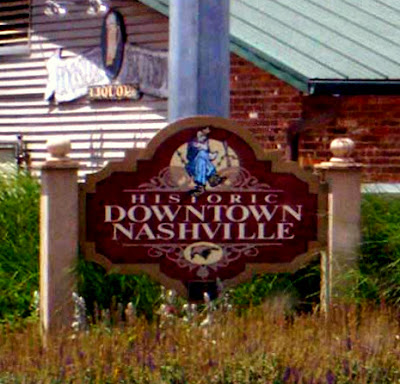 Unfortunately, we didn't think of that until a little later; so this is a sign in Nashville, Indiana.

And those aren't weeds.  They're wildflowers.

Seriously, we did commit a perfectly touristy act by touring the famous Opryland Hotel "Lobby," actually a waterway garden that winds through the whole facility.


Fortunately for us seniors, they had provided lots of nice places to
SIT DOWN for a while.
Here's one... 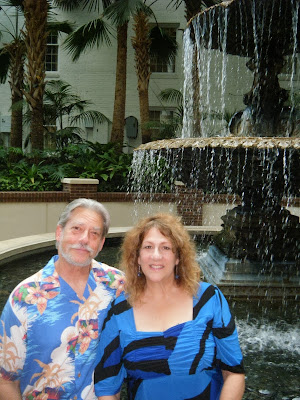 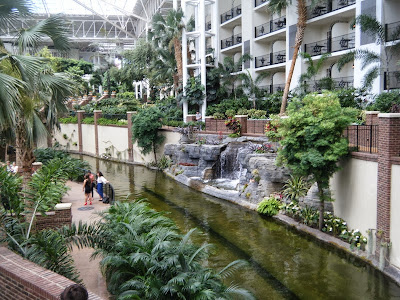 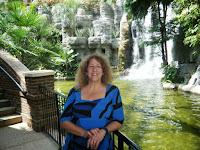 ...and a view enhanced by a figure in the foreground.

It's all indoors, of course; but the fish, birds, ducks, and geese didn't mind.

Then we bid a cheese fondue to the South and headed for port in Michigan once more for a long winter's work, Judy as Girl's Dean for the same Christian Boarding School, and Whitt bracing for a steep learning curve as he jettisons the ancient technologies he learned back when dinosaurs roamed the earth and attempts to embrace--yea, even begin to grasp--the most modern tools of our humble trade.

Watch this space (and our other pages!) to see how he does.

On a good news note, a couple of new gospel songs have come down, and we've cranked out a good deal of new comedy songs and material.  Have to admit, life ashore has its points; like leaving the studio set up and the files out where they can be worked.  A kitchen and washer and dryer and shower help, too!

Hope to see you around the site.