...but not of our discontent!
Indeed, we're very grateful for shelter, food, and WARMTH!
When we decided to spend winter "ashore" (for a variety of reasons we've already outlined) we actually forgot about some things; like how spoiled we'd become.
The first serious snowstorm in December reminded us. 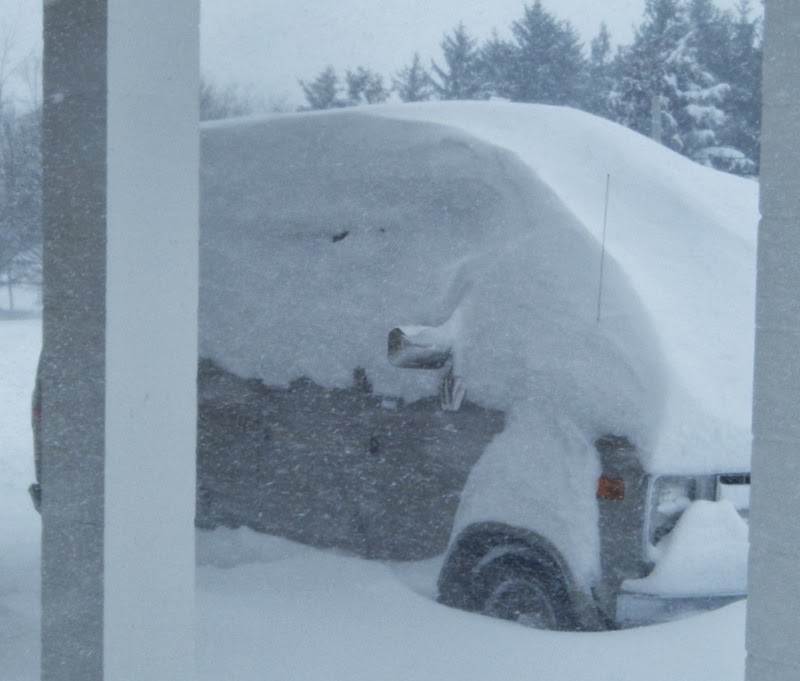 Of course, if we had gone south for this particular winter, it would have been difficult to stay warm anyway, with the Polar Vortex everywhere we usually haunt.
So, like tourists who had never spent 14 years in Northeast Upper Lower Michigan, we enjoyed the novelty of a small dose of "real" winter.

We had some visitors stop by, but not for long.  Weren't even interested in eating.  Stayed like this 'til we began to worry about them, and then left, hopefully for an overhang somewhere.

Thought about a bike ride--it's right on the front porch... 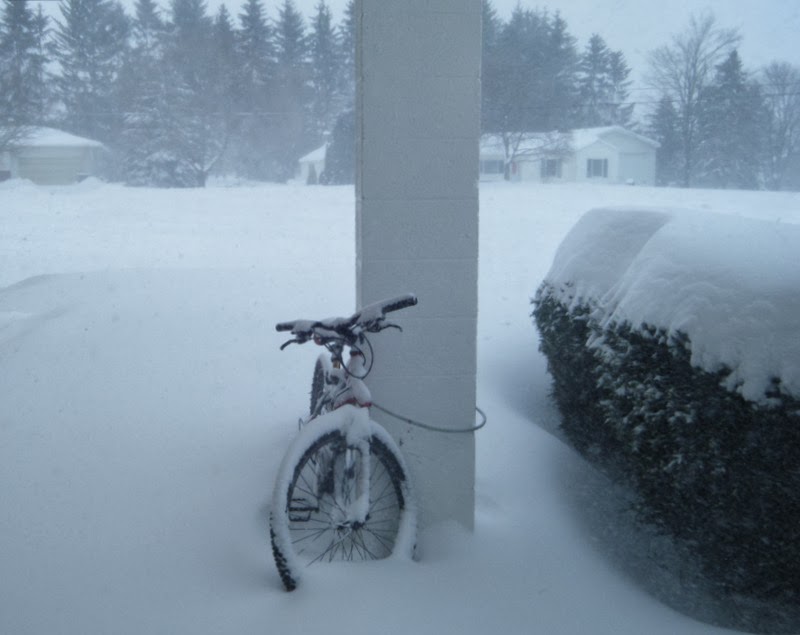 Well, maybe after it lets up a little. 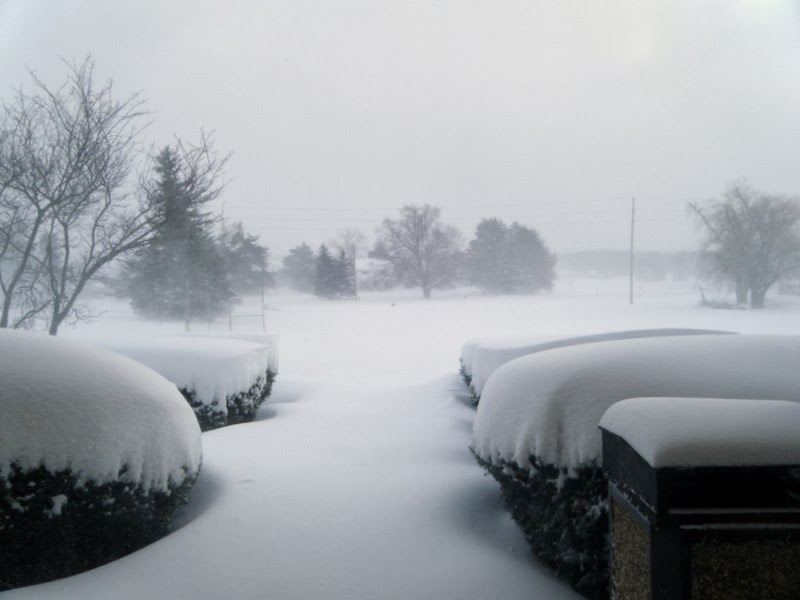 How 'bout a stroll through the winter wonderland?

So, we dealt, mostly enjoying the scene through the double-paned window of our toasty apartment.


Then came Round 2, an ice storm, and the next day, enough sun for a spectacle! 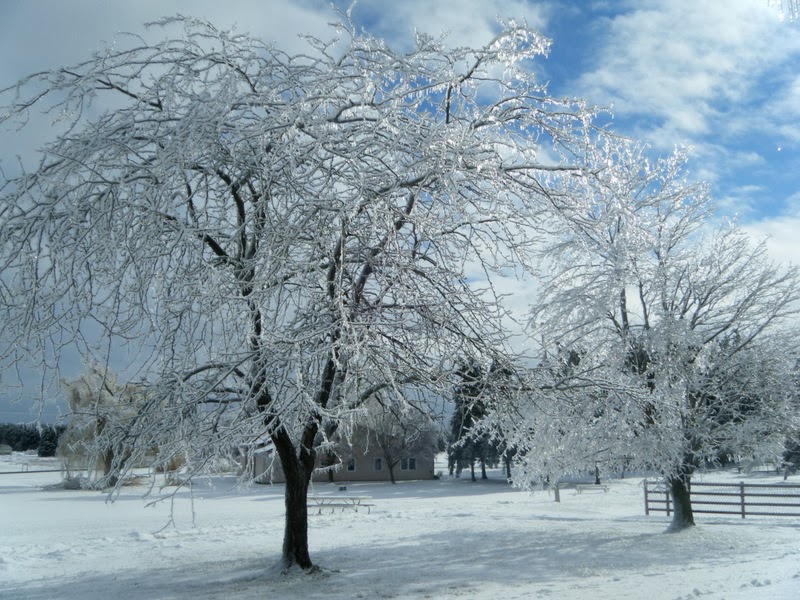 Everything encased in glass... 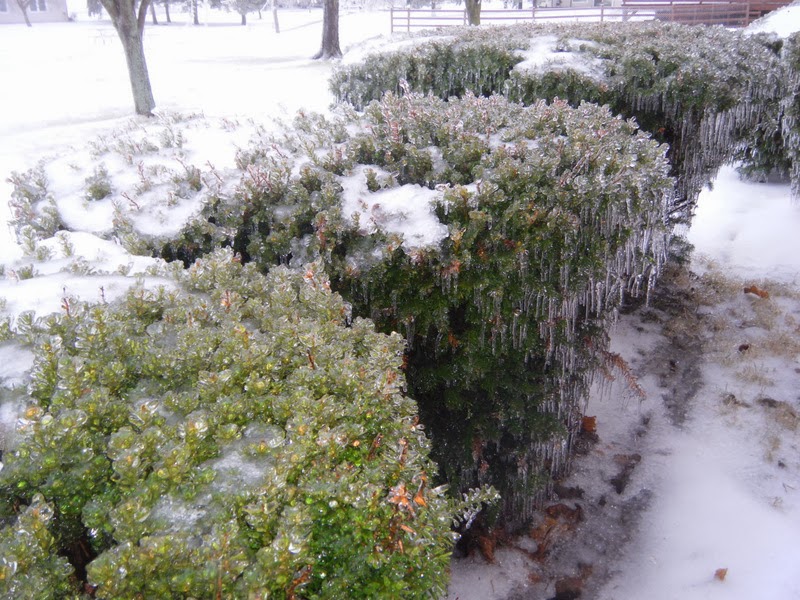 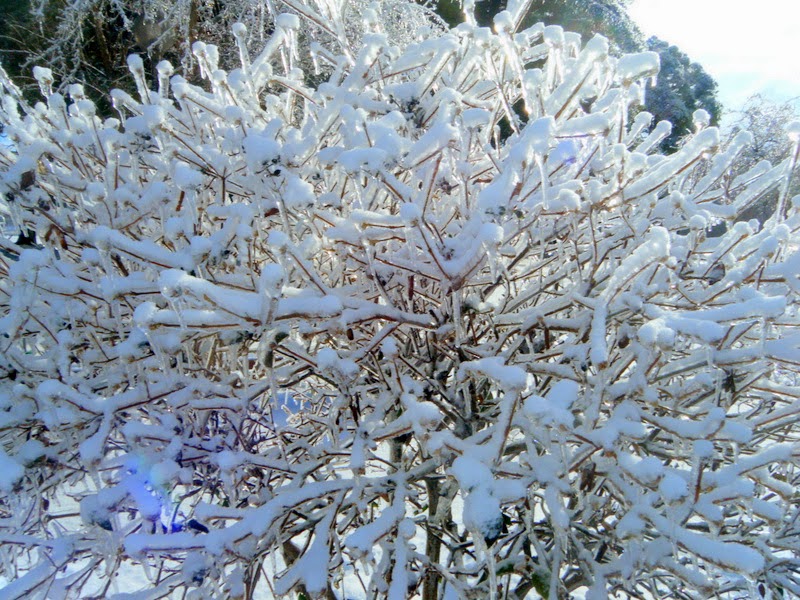 More than half an inch of ice can bring down tree limbs and power lines, which it did to the dismay of many folks around the country who weren't at all used to such things.


In Michigan, though, they're used to it; so only a couple hundred thousand folks lost power, many for several days.
Ours was only out one day, restored just after it got dark.  What a blessing!

So here we remain until Spring and the start of our "tour" for the season.
We thank all those of you who've been inquiring about us and sending us greetings.  Bless you for staying interested in us through our off-season months!
We're still working on our web skills, trying to rehearse when Judy is not "on duty," and writing scads of new material we hope to one day have time to learn.